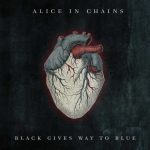 Great albums can hardly be expected from bands who have been around the block for as long as Alice in Chains have — though they were inactive for a very long period of time from the mid-’90s to the late ’00s — particularly when they stick exclusively to a genre as passé as grunge, even if they were card-carrying members of Seattle’s Big Four, which also included Nirvana, Pearl Jam and Soundgarden. Grunge has long since gotten stale when non-Big Four bands attempt to cop its core characteristics — morose mood, loud/quiet stop-start dynamics, down-tuned guitars, etc. — but it has certainly been interesting to observe Alice in Chains’ alley-like return to the ring with 2009‘s solid Black Gives Way to Blue reunion album. 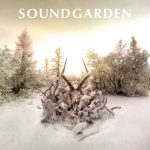 It was an album that found the band, even with a new lead singer (William DuVall), being true to themselves. Interestingly, you’d think their music would sound out of place in a world that was a solid fifteen years past the grunge phenomenon, but alternative rock radio still hasn’t moved on past the post-grunge sound, so the singles from Black Gives Way to Blue fit right in. In fact, the album actually sounded refreshing, since it was a relief to hear the real deal after being inundated with bad soundalikes for the better part of fifteen years. When Soundgarden released their reunion LP King Animal last fall, it was even stronger than Black Gives Way to Blue, and signaled that we might be on the verge of a grunge renaissance. 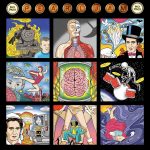 Pearl Jam’s last album, 2009’s Backspacer, was more of a straightforward alternative album, but they moved on past the grunge sound long ago, and have become quite comfortable with their place in the music landscape. I have long asserted that after their disastrous Vitalogy Tour, they have been a different band, one that has severed all ties with grunge. Still, Backspacer did very well; it opened at number one here in the States and was the first album released on Monkeywrench, Pearl Jam’s own label. The Pearl Jam Twenty documentary, soundtrack and tour increased awareness of Pearl Jam’s role in the grunge era, so I would argue that they’re as relevant now to the current grunge scene as they have ever been, even if they don’t make grunge music now. 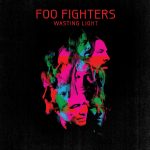 Dave Grohl steered the Foo Fighters back towards the past on 2011‘s Wasting Light, an album that, like Backspacer, is more straight-up alternative, but its references to Cobain were clear. The Foos also welcomed guitarist Pat Smear, who had joined Nirvana in its latter months and played in the Foo Fighters through part of the Colour and the Shape tour, back into the fold. So grunge has definitely been making waves again, and Seattle’s Big Four have come to terms with the monster they created two decades ago, especially now that its mainstream pop-culture shelf life has long since expired and they can explore the sound they so love without the world doggedly scrutinizing every move they make like in the early ’90s. 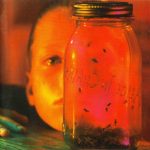 And that, essentially, is what Alice in Chains does here with The Devil Put Dinosaurs Here. It, ostensibly at least, explores no new ground, sounds or obvious lyrical themes that I could pick up through the first few listens. It’s long, loud, and is more of the same, which either works or doesn’t work, depending on your point of view. Frankly, I’m siding with the latter. I didn’t find much to enjoy here aside from the hooky acoustic number “Voices,” which recalls their splendid ’94 acoustic EP Jar of Flies. However, even that song doesn’t sound as fresh and exciting as the EP from two decades back now. I suspect that unless Alice in Chains find a way to alter their attack somewhat — or at least stop burying their hooks in the squashed sonics — we may never hear anything as exciting as Dirt or as refreshing as Black Gives Way to Blue again from them, which would be a shame.

Tags: 2013 Albums, Alice in Chains, The Devil Put Dinosaurs Here
Summary
While it is always a treat to get to hear the grunge heroes, The Devil Put Dinosaurs Here is interminably long and suffers from suffocatingly loud audio engineering -- the low end of the sonic spectrum is more or less missing from the finished product. Worse, the songwriting here is nothing special, and though the level of craft is high, it's still not a particularly enjoyable outing.
Good
Bad
6
Fair