Given Radiohead‘s increasing fondness for more esoteric sounds and aesthetic experimentation, it should come as no surprise that frontman Thom Yorke‘s side project Atoms for Peace is even less commercial in its aspirations, favoring fragmented, jagged pieces instead of the fully formed songs Radiohead was known for as recently as 2007‘s In Rainbows. Though I like Radiohead’s more traditional work, I’m a supporter of both Amok and Radiohead’s 2011 effort, The King of Limbs, which explored similar territory. It’s executed well, and time will tell if Amok really grows on me. (The King of Limbs has, which is a good sign.) 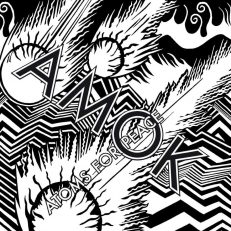