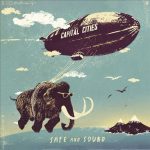 Capital Cities may be somewhat derivative — their sound is heavily indebted to Phoenix‘s 21st century brand of synth pop — but they’re catchy as hell, as evidenced by the meteoric rise of the lead single (originally released back in 2011) “Safe and Sound” to #8 on the Billboard Hot 100 in 2013. I have heard the song on alternative rock radio numerous times, but I never, ever would have imagined it had sold over two million downloads and had reached the Top Ten in the US. In a Tidal Wave of Mystery, the duo’s debut on Capitol Records, is, like its hit lead single, catchy and infectious, even if it doesn’t break much new ground. In fact, it’s purposely (and pleasantly) retro, with almost every song leaving a lasting impression almost immediately. If this kind of music is your thing, definitely give it a whirl — it’s light, fun, and can brighten up even the darkest days.

Tags: 2013 Albums, Capital Cities, In a Tidal Wave of Mystery
Summary
Capital Cities presents a familiar blend of 2010s rock that's a little removed from alternative thanks to the omnipresence of synths, but thanks to the magical whoosh borrowed from Phoenix, their debut LP is a remarkably polished and fun take on modern rock.
Good
Bad
8.5
Great 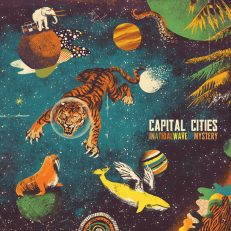