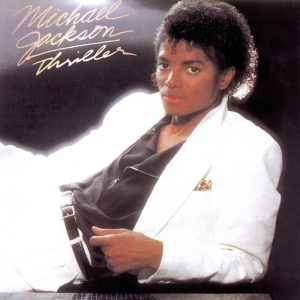 It’s too early to tell whether Random Access Memories will be a zeitgeist album like 21, Nevermind or Thriller, but its epic, large-scale marketing campaign sure has hit all the right beats so far. How exactly a Daft Punk album became the most anticipated album in recent memory — in my music-listening lifetime, actually — is a strange tale indeed. For one thing, Daft Punk hasn’t released a studio album since 2005, contributing only the Tron: Legacy score in the interim. (I saw the movie, but don’t remember the score at all.) But while Daft Punk lay dormant, their influence has grown by leaps and bounds; in the last few years, a surprisingly high percentage of the music-listening public has learned what the acronym EDM stands for — and they haven’t vomited after hearing some examples of it. 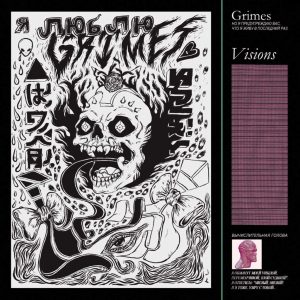 In fact, electronic music has, from what I can tell, become the latest craze; like trip-hop, industrial or grunge before it, EDM was something that was otherwise not that popular for a time, has since gone mainstream, and will surely have a limited pop-culture shelf life due to what I like to call Music Industry Overfishing Syndrome. Yes, we all shudder at the countless imitation acts that starve the organic supply until the roots wither and die: Grunge became post-grunge, Britpop became teen pop, and trip-hop became…I don’t know, Linkin Park or something? Anyway, EDM ain’t gonna last. I will say, though, that I am not surprised at all that electronic music has taken hold, even though I don’t pretend to understand it or even be all that familiar with it. From a financial and functional perspective, EDM is immensely liberating, since much of/all of recording can be done on a home computer. (Like Grimes‘ Visions.)

What’s immediately shocking about Random Access Memories is that it isn’t really an EDM album at all — it’s an expensive, elaborate, and thoroughly stunning live production, so much so that it could kill off the EDM movement, a possibility that would be much closer to reality if booking studio time and utilizing professional musicians to record live tracks weren’t so damn expensive. I would be curious to know exactly how much has been spent on Random Access Memories — the digitally averse marketing campaign has been ridiculous in its scope but nonetheless surprisingly effective, since the album has fully separated itself from the pack, but marketing aside, RAM sounds like it cost about a trillion dollars to make. Not that I’m complaining. This is a dream album for audiophiles, an immaculately produced record that recalls nothing less than Steely Dan‘s finest work. 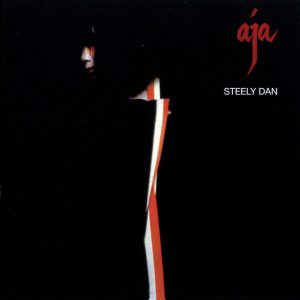 Musically, it actually bears a passing resemblance to Aja, commonly considered the Dan’s best-engineered album, which probably isn’t a coincidence. Since I’m posting almost two weeks after release [Ed. I originally posted this back in June 2013 and have retroactively adjusted the post date to the album’s release date], I can answer at least one question I had about the album’s commercial potential already. The “Will anyone buy RAM?” question has clearly already been answered: it sold 339,000 copies in its first week here in the States and debuted atop the charts in 22 different countries, so this thing is huge. However, lots of albums have big debuts, but very few continue to stay at the top of the charts for weeks on end and stay in the top ten for months afterwards. 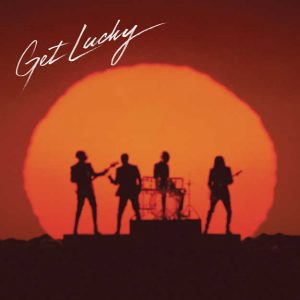 Where I think Random Access Memories may falter in this regard is in the lack of true hit single material. “Get Lucky” was a good call for the lead single — it’s currently at #4 here in the US — but what’s next? “Lose Yourself to Dance” may be the best choice for the follow-up, even though its title is almost the extent of the lyrics. Track eleven, “Fragments of Time,” would be another excellent choice, but I worry it may be too low-key — it sort of borders on a smooth jazz feel, at least in terms of mood, which wouldn’t play well next to Daft Punk’s bombastic top 40 brethren. By far my favorite song on the album is actually track two, “The Game of Love,” so I’d be thrilled if that were selected. It too is probably too low-key to be chosen as a single, though I could be wrong.

Clearly the buzz for Random Access Memories has been massive, and word of mouth will be quite strong, but momentum may slow considerably if the subsequent singles don’t catch fire. Then again, the buy-an-album-because-you-like-the-single model is quickly becoming obsolete due to the rise of streaming services, so who knows? Maybe this will be the album that bucks the trend; maybe people will just buy Random Access Memories if they hear it’s good. This could be the start of a new era, where the music industry mirrors the film business’ tent-pole system. Judging by the old-fashioned methods used to promote Random Access Memories, I’d say we’re there already. The real genius of RAM‘s marketing campaign was its decision to basically ignore the digital channels, removing itself from the snaking, Amazon-River-social-media-piranha-eat-piranha feeding frenzy that is today’s music industry.

Seriously, have you looked at your Twitter feed lately? I’m not really a part of the music industry — I’m just a blogger who writes about music for fun — and I feel like I’m constantly besieged with content that artists, labels, managers, and the like are constantly peddling in my face, as if somehow if they yell loud enough at me, I’ll give it a listen. Columbia was smart enough to realize enough was enough with trying to take campaigns viral. They knew they had a great record on their hands, and that if they played their cards right, they could deliver a hit without dipping a toe (relatively speaking) in the digital cesspool. So they staged it like a movie, putting up billboards and airing 15-second clips during commercial breaks of SNL. The ace in the hole, of course, was the fact that subconsciously, everybody wanted a new Daft Punk album, even though people like me didn’t even know it. 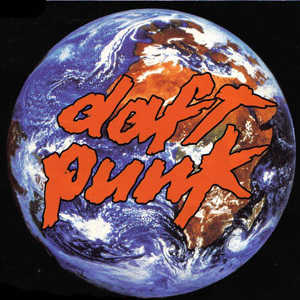 EDM’s popularity had made Daft Punk relevant, even when they were off in the wilderness robot camping or whatever it is they do when they’re not making music. Daft Punk was definitely not cool like ten years ago — somebody showed me the video for “Around the World” and I’m pretty sure my reaction was, “What the fuck?” (still my reaction, by the way) — but now that EDM has become fashionable, it was only fitting that Daft Punk take back their throne and wear their goofy robot-helmet crowns. This could very well be the Sgt. Pepper or Nevermind zeitgeist that defines my Millennial generation. If it is, I guess I’ll be able to tell my kids I was part of it, but I can’t say I’ll be able to explain very much of it.

I will say this: the music justifies the hype. It’s a true album, dense with supremely entertaining, albeit sometimes very long, songs that at once feel both familiar and brand new, sequenced in a manner that offers a natural ebb and flow, quickly “shortening” the marathon 74-minute running time. Time will tell, of course, if Random Access Memories will capture the public’s imagination in a way only rarefied works can — after just thirteen days, it’s simply too early to say for sure. But it’s a bona fide instant classic, and for now, that’s enough. 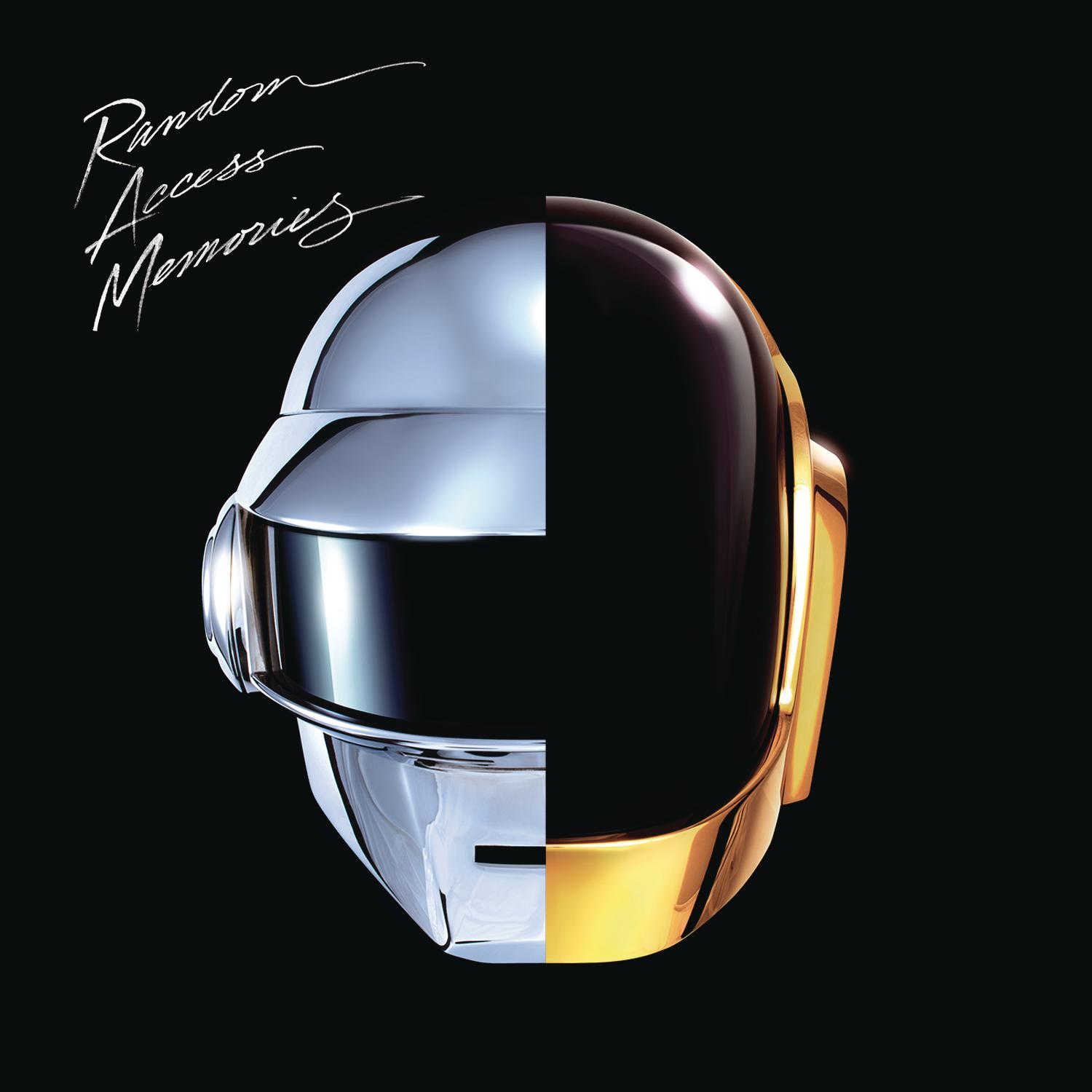