Something exciting is happening in popular music right now that we haven’t seen in decades: the line between pop and rock is blurring again. In the ’60s, pop and rock were inextricably linked; in the ’70s, the album rock movement caused the two to drift apart; and with the introduction of digital technology throughout the ’80s, rock and pop have seemed to occupy separate universes ever since. It became much easier for pop music to just be “produced” — sonically, at least. By the time I started listening to music back in ’99, pop music was mass produced on a huge scale, and it was as plastic as the CDs that contained it. As for rock music, what’s left of the alternative movement has long been hollowed out through years of mainstream overexposure, and as alternative rock radio continues to deteriorate, we’re finally starting to see some movement in a new direction. 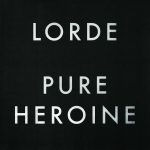 Specifically, a new wave of artists have flooded the airwaves of alternative giant KROQ here in Los Angeles that I’m pretty sure wouldn’t have gotten through even three or four years ago. I have heard Lorde, Daft Punk, Vampire Weekend, Arctic Monkeys, Avicii, Mumford & Sons, and, yes, HAIM while driving around LA in recent months, and to me that’s absolutely amazing, since none of these artists even remotely fits the post-grunge profile of 2000s alternative rock radio. In the mainstream, rock music has explored one direction — the alternative sound — for more than twenty years. And it’s a direct result of the fact that radio stations tend to be owned by umbrella corporations (e.g., Clear Channel) and the record companies operate as a cartel, which collectively has had a catastrophic effect on the quality of not just mainstream music, but particularly mainstream rock music, which hasn’t experienced a proper evolution.

Right now though, we’re starting to see deserving bands like HAIM break through, which is really exciting. We’re entering an interesting time for the music industry, since radio is now going to end up playing a much different role. For the longest time, singles were essentially commercials — a station would play a single, and listeners would decide if they wanted to buy the album. Now, people consume music by streaming it — they don’t pay for it directly — and this will fundamentally alter how music is promoted to stations. (If the revenue from sales vanishes, so will the promotion dollars.) Like I said, the prospects of that are very exciting, and I have already observed the first signs of progress — and on a station owned by CBS, one of the aforementioned umbrella corporations. 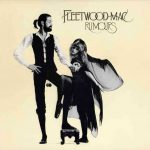 Yes, I have heard HAIM’s single “Forever” many times on the radio, to my delight. Days Are Gone, the group’s debut LP, has a strong ’80s nostalgic pull, which may sound like a recipe for disaster, but in the hands of their production team (led by Ariel Rechtshaid) it works fabulously — the album somehow evokes the music of the decade without inducing any cringes on my part. Thankfully, it’s not just the production that hearkens back to the late ’70s and early ’80s; the songwriting is highly reminiscent of the Eagles (“The Wire” borrows the hard hand clap of “Heartache Tonight”), Phil Collins (“Go Slow” has the gated drums of “In the Air Tonight”) and Fleetwood Mac (“Honey & I” could easily fit on Rumours somewhere). Days Are Gone is just good stuff. It’s a very promising debut, and I can’t wait to see what the Haim sisters do next.

Tags: 2013 Albums, Days Are Gone, HAIM
Summary
Days Are Gone is one of the most exciting debuts of 2013, demonstrating once again how integral pop sensibilities are to making great rock music. The Haim sisters are for real.
Good
Bad
9.5
Amazing 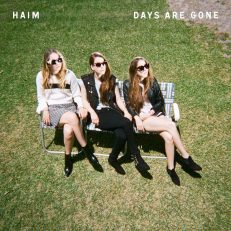