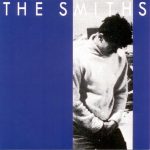 Although Johnny Marr left the Smiths back in 1987, 2013‘s The Messenger is his first solo album, and it’s a good one. Aside from the excellent 1984 B-side (and 1985 single) “How Soon Is Now?,” I’m pretty much unfamiliar with the Smiths’ work, which is an embarrassing oversight on my part that I have been meaning to correct for some time. (There are only so many hours in the day. You can’t listen to everything.) So it was a surprise to me how quickly I latched on to The Messenger. This is easy-on-the-ears, hook-driven guitar rock that’s vintage ’80s alternative, and it will almost certainly be one of my favorite albums of the year. Phoenix‘s new album (Bankrupt!) currently holds the top spot for me, but The Messenger‘s “New Town Velocity” is my favorite song of the year so far. All of the songs on The Messenger are good, really, now that I think about it. If you’re an alternative music fan, you owe it to yourself to give this album a spin.

Tags: 2013 Albums, Johnny Marr, The Messenger
Summary
After 25 years in the wilderness, the former Smiths guitarist finally surfaces with a solo debut, and it's every bit as worthy an entry to the band's extended catalog as we could have hoped.
Good
Bad
9
Amazing 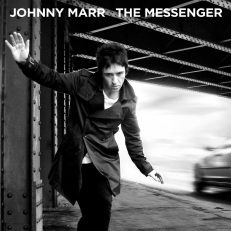