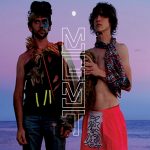 Thanks to MGMT‘s great debut Oracular Spectacular, I’m always looking for more from MGMT. Unfortunately for me, however, I have never been particularly taken with the direction the duo has decided to take its sound since its debut. Granted, MGMT is just MGMT’s third album, but it more or less picks up where their more experimental sophomore release Congratulations left off and, for the most part, finds them exploring even more esoteric territory. While none of the tracks here are bad, some — such as the opener “Alien Days” — float by without really making an impression, and even the best tracks — “Cool Song No. 2,” “A Good Sadness” — are guilty of not offering enough “weight,” so to speak, to keep them from slipping into the subconscious.

Part of the issue is that the sonics have been flattened completely by horrendous peak limiting during the mastering process, and the music is supposed to be spacious and airy. As a result, those who really enjoyed Oracular Spectacular and “Time to Pretend” won’t find much to latch on to here, but if you enjoyed Congratulations, look into MGMT. You might get lasting enjoyment out of it than I likely will.

Summary
Those who fell in love with MGMT through their debut album Oracular Spectacular and single "Time to Pretend" and liked the more experimental direction they went with Congratulations will likely find themselves enamored with MGMT, but those looking for something more along the lines of Oracular Spectacular will likely be disappointed with the duo's latest effort.
Good
Bad
5.5
Average 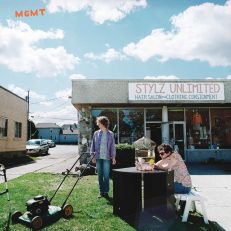