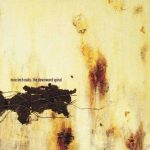 After close to two decades of only (at best) sporadic productivity, Trent Reznor appears to have found a way to exorcise his demons (both internal and external), delivering Nine Inch Nails‘ first major label LP since 2007‘s Year Zero. Reznor’s bread and butter throughout the first ten years of NIN’s existence was in directing torturous angst inward underneath huge, shield-like layers of industrial metal that somehow managed to fit right into the alternative rock scene. This approach was astonishingly effective for Nine Inch Nails’ first two albums, 1989‘s Pretty Hate Machine and 1994‘s The Downward Spiral, but by 1999‘s two-CD epic The Fragile, it was starting to wear a little thin, and the exhausting length of that third LP only served to emphasize this — most of The Fragile was patterned after a familiar attack, canceling out any advancements made in Reznor‘s exceptional sense of studiocraft. 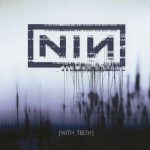 And then there was 2005‘s With Teeth, which I actually listened to for the first time just a short while ago today. (I liked it, to my slight surprise.) The reason why I have been in no rush to give it a spin is that it’s essentially more of the same: It was released after yet another long, long period of isolation, ultimately tackling familiar themes in exactly the same way with minor surface differences. Nine Inch Nails, once a cultural trendsetter, had become staid. It wasn’t that Reznor’s fans had outgrown his eternally tortured and self-destructive persona, necessarily (his early albums are frequently counted as favorites by NIN devotees and alt-rock fans alike); it’s that he had stopped pushing outward with his music any longer since he was consistently looking so inward for inspiration. 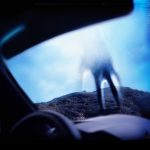 That’s why it was such a shock when Nine Inch Nails returned just two years later to deliver a proper follow-up, 2007‘s Year Zero, a refreshingly extraverted album that was received well. Unfortunately for Reznor, he and international distributor Universal Music Group had a bitter disagreement regarding the pricing of the deluxe version overseas, ultimately resulting in a falling out with Interscope, NIN’s label at the time. This led to Reznor releasing a couple albums in 2008, Ghosts I-IV and The Slip, independently through his own label, The Null Corporation. Reznor certainly has a thing for nihilism — NIN’s Interscope releases bear the mark of his Nothing Records imprint, as well — and this occasionally results in generosity, too, since The Slip was released for free through NIN’s official website. 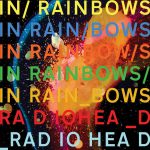 I had finally just given Radiohead a try the previous fall when they released In Rainbows through their site using a similar model — pay-what-you-want as opposed to just free — and I decided it was hard to go wrong with giving The Slip a try. And that’s when I became a fan of Nine Inch Nails. I already loved “Closer” and “Hurt” and maybe a couple other songs, but I had never listened to a full album of theirs before. I don’t think I listened to The Slip that much, actually, aside from the awesome song “Discipline,” but I started working my way back through NIN’s discography, starting with The Downward Spiral and then Pretty Hate Machine. Interestingly, though, Nine Inch Nails didn’t release another album until Hesitation Marks in 2013. 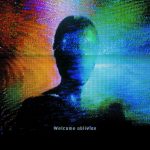 But, thankfully, Trent Reznor and his partner-in-crime since With Teeth Atticus Ross have been busy exploring other projects, including wonderful soundtracks to David Fincher’s films The Social Network (2010) and The Girl with the Dragon Tattoo (2011). (The pair won an Oscar for their score for The Social Network, while their score for The Girl with the Dragon Tattoo was, inexplicably, not even nominated despite being absolutely superior.) And, finally, Reznor and Ross teamed up with Reznor’s wife Mariqueen Maandig to form How to Destroy Angels, releasing their excellent debut LP Welcome Oblivion this past March. Reznor is clearly the focal point of both acts, and his creative juices have been nothing short of rejuvenated — clearly taking some time off from Nine Inch Nails has done him some good. 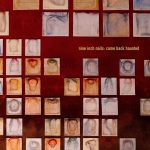 Because Hesitation Marks, NIN’s new LP released, like Welcome Oblivion, on Columbia Records, isn’t just good, it’s very good, maybe even better than that. Despite inklings of Reznor’s textbook nihilistic melodrama — the title refers to the wounds/scars cutters get from testing a blade (or blades) — this is not a depressing album in the slightest. And even though some track titles — “Came Back Haunted,” “All Time Low,” “Various Methods of Escape” — suggest that some of this material might be pretty harrowing, none of it really is. It’s refreshingly easy on the ears, and it all sounds really good through a nice set of headphones. 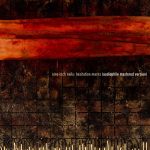 Speaking of which, a major stir in the audiophile community was caused by the release of an “Audiophile Mastered Version” through the NIN website. Well, I plan to write more extensively about it later when I do my annual post on how loud albums released during the year were, but my quick thoughts are that the audiophile master is quieter than both the “Mastered for iTunes” version and the standard master (which is the loudest of the three), but it should be even quieter. (The pros seem to be much more disappointed by it, which is understandable.) Still, it’s certainly a step in the right direction, and I hope more artists start thinking this way. Here’s hoping eventually we’ll start getting true audiophile masters soon. 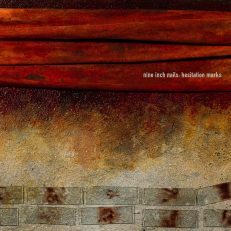 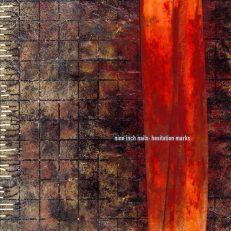 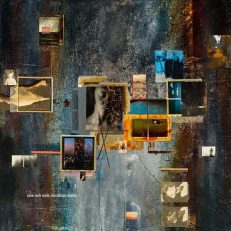 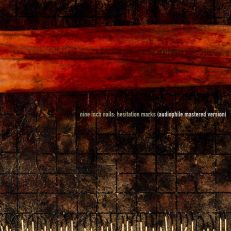 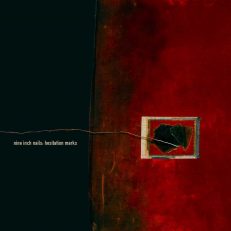 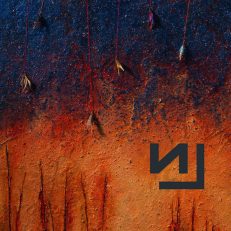