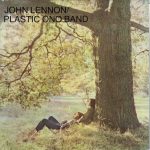 Of the Fab Four, Paul McCartney turned out to have the longest, most successful, and ultimately most interesting solo career. While the Rockcrit establishment has deservedly branded John Lennon‘s Plastic Ono Band (1970) and Imagine (1971) albums — as well as George Harrison’s 1970 triple-vinyl All Things Must Pass — cornerstone works of the rock & roll canon, McCartney’s efforts have always been perceived as somewhat less than Hall of Fame-worthy (though yes, he was inducted in 1999), perhaps because his post-Beatles recorded output has been so extensive — and much of it isn’t noteworthy in the slightest. Only a handful of songs — “Band on the Run,” “Live and Let Die,” “Maybe I’m Amazed,” even “Jet” — come to mind from more than four decades of solo work. 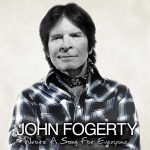 Paul and his late wife Linda’s band Wings released just one all-time classic album, 1973’s Band on the Run, and that’s mostly what Paul’s remembered for now from his ’70s output. I barely even acknowledged Paul’s latest LP New upon its October 2013 release, since while I like McCartney, I wasn’t very interested in what he could have to say. …And then Rolling Stone named it the fourth best album of the year. Now, Rolling Stone is constantly pulling shit by elevating over-the-hill artists on its year-end lists to appeal to keep older folks interested — look no further than John Fogerty’s unlistenably bad Wrote a Song for Everyone placing tenth for evidence — but after doing a little digging my curiosity was piqued (4.5 ratings on AllMusic tend to have that effect on me), even though I was fully conscious of the fact that McCartney is, uh, 71. 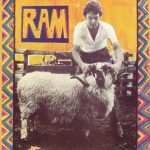 I should have mentioned earlier, however, that there is a diamond in the considerable amounts of rough when it comes to McCartney’s body of work: 1971’s Ram, which is credited to both Paul and Linda and is unique in that regard. Lost amidst the splashes that Lennon and Harrison’s albums were making, Ram is a gem that I never would have listened to if I hadn’t spotted it as a five-star album on AllMusic, the only such LP in McCartney’s long catalog. In his review, Stephen Thomas Erlewine refers to Ram as the first indie pop album, an assessment I can’t really disagree with. New, perhaps not surprisingly in light of this perspective, fits in more than reasonably well with the contemporary indie rock scene. The jangly, acoustic “On My Way to Work” evokes the opening track on Ram, “Too Many People,” and possesses the innocent character McCartney patented while still engaged in the Lennon-McCartney songwriting partnership.

But I have to stress that New, as its title intimates and its cover explicitly states, is utterly modern. It’s one of the best rock albums of 2013, filled to the brim with memorable songs that, while individually may not touch the lofty highs of Sir Paul’s past, are certainly of a piece and sound really good together. It’s an album that flies right on by, and couldn’t be a more pleasant way to while away the time.

Tags: 2013 Albums, New, Paul McCartney
Summary
It may be more than fifty years now since Paul McCartney started playing in the Beatles, but New provides more than enough proof that although he has had an up-and-down solo career, he can remind us what a timeless treasure he is when we least suspect it.
Good
Bad
9
Amazing