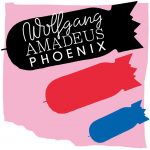 I feel pretty terrible about not liking Phoenix for the last few years, when the only thing they did to wrong me was license their song “1901” from 2009‘s Wolfgang Amadeus Phoenix to about a hundred different commercials. Or maybe it was one commercial played a million times. Either way, I got sick of it fast and did my best to ignore Phoenix… until maybe a month ago, when I finally listened to Wolfgang Amadeus Phoenix after years of putting it off. To my surprise, I liked it quite a bit. (I even enjoyed “1901,” which I never thought I’d say.) When I got to listen to Bankrupt!, I fell for it hook, line and sinker, delaying this review for a couple of weeks so I could just sit back and enjoy it. (According to my Last.fm account, I have listened to it 22 times. Yikes.) Sonically, it covers similar ground mined on Wolfgang Amadeus Phoenix, and while some may criticize them for not taking a step forward there, I would argue that as long as the results still sound fresh, their decision to linger in familiar territory isn’t a drawback. 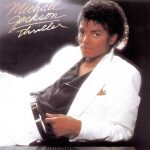 It has been widely reported that the band won the recording console used to make Michael Jackson‘s Thriller in an auction for $17,000, and (of course) put it to use in the mixing of Bankrupt! For a winning bid, $17,000 seems a little low to me for an item of that stature, but at this point, the number of people who would have a use for a mixing board is shrinking drastically. Still, it seems like Michael Jackson memorabilia collectors would have been all over that. I guess it’s a weird situation where the item is perhaps too functional to be of much decorative value to even the most ardent fans. After all, money aside, who has room for a recording console like that, much less a use for it? Anyway, I highly recommend Bankrupt! It’s going to be one of my favorite albums of 2013, for sure. Oh, and the soaring “Bourgeois” is an early contender for my favorite song of the year, too.

Tags: 2013 Albums, Bankrupt!, Phoenix
Summary
Phoenix's follow-up to Wolfgang Amadeus Phoenix is a stellar set that happens to be one of the most addictive albums in recent memory.
Good
Bad
9.5
Amazing