It’s interesting that Soundgarden would elect to begin reissuing their albums with their fourth, 1994’s Superunknown. (Let’s be honest, of course there will be more reissues.) But context is important — if Soundgarden had been a fully functional unit back in 2008, we might have seen a 20th anniversary reissue of their debut, 1988’s Ultramega OK. But alas, they were not. The band was dormant from 1997 until they reunited in 2010 for that summer’s Lollapalooza festival. 2011 would have been a perfect year to reissue 1991’s Badmotorfinger, but they wisely decided to hold off on doing so since they were at work on their first new studio material since 1996’s Down on the Upside; a new album called King Animal was released in the fall of 2012, with the stopgap releases Telephantasm and Live on I-5 appearing in 2010 and 2011, respectively. Telephantasm is a new compilation album that featured a new single called “Black Rain,” and Live on I-5 is a live album compiled from shows played on the west coast leg of their 1996 tour behind Down on the Upside. After generating substantial interest for a legacy act with King Animal, the time was right to begin their reissue campaigns and drum up the nostalgia now that the band is a going concern again. And what better album to start with than their most popular, Superunknown, which is celebrating its twentieth anniversary? They pull out all the stops here, leaving pretty much no stone unturned in issuing a five-disc monstrosity in familiar “Super Deluxe” form. The content, however, is surprisingly underwhelming and comes almost as a disappointment.

All of the material is fine on paper, but instead of seeming illuminating or invigorating, it’s actually not that much fun to listen to. It’s pretty telling that the edition sent to the critics for review is not the super deluxe, but the two-disc deluxe. Disc one is the remastered album, with the song “She Likes Surprises” appended as track 16. Disc two collects all the B-sides and non-album tracks released on the album’s CD singles, which comprises the bulk of this reissue’s meat. Disc three is the demos, and disc four is the rehearsal versions. Disc five is a Blu-ray of a hi-res audio version of the album. I might as well tackle each disc in order. Superunknown honestly doesn’t really need to be remastered, and the new remaster is noticeably louder than the original 1994 master. Unlike some remasters, it doesn’t sound squashed, really, but the difference in dynamic range is supposedly substantial, even though it sounds OK to me. Of course, the selling point of the reissue is the extra tracks anyway, and the first comes in the form of “She Likes Surprises” on disc one, which is decent but is ultimately nothing special. Disc two is the most substantive, containing some good live tracks (particularly “Jesus Christ Pose”), an acoustic version of “Like Suicide” that’s really good, a demo of the song “Birth Ritual” (the finished version of which appeared on Telephantasm) that’s great, the good B-side “Kyle Petty, son of Richard,” an early version of “Fell on Black Days” called “Black Days III” that’s a lot of fun, some nonsense tracks (“Exit Stonehenge,” “Ghostmotorfinger,” “Jerry Garcia’s Finger”) and the music video version of “Fell on Black Days.” Ultimately, not much of it is first-rate. The third disc of demos is worth a listen but not much of it is particularly revelatory, though the nine-minute version of “Like Suicide” is cool.

The rehearsal versions on disc four are a bit of a mixed bag, which I suppose is to be expected. While it’s exhilarating to hear the band work their way towards “finding” songs that are now familiar and loved, the tracks are mistake-filled and extremely rough, which makes for a ponderous listen. (By the time you get to the end of the disc, it’s hard not to want it to just be over and done with.) Finally, I have not listened to the Blu-ray disc that accompanies the physical release, but the dynamic range is supposed to be better on that disc than on the main remaster on disc one. In the end, this is not a great reissue and will only satisfy the most dedicated Soundgarden fans who savor every piece of material they can get their hands on. I’m a big fan of this album — I ranked it #24 on my favorite albums list — so the fact that this reissue doesn’t really satisfy hurts a little bit, but I suppose I prefer a reissue err on the side of giving us too much than too little.

Tags: 1994 Albums, 2014 Reissues, Soundgarden, Superunknown
Summary
The most elaborate reissue of Soundgarden's greatest album is something of a disappointment. Despite an abundance of tracks, standouts are few and far between, and overall the release is just decent in quality.
7
Good 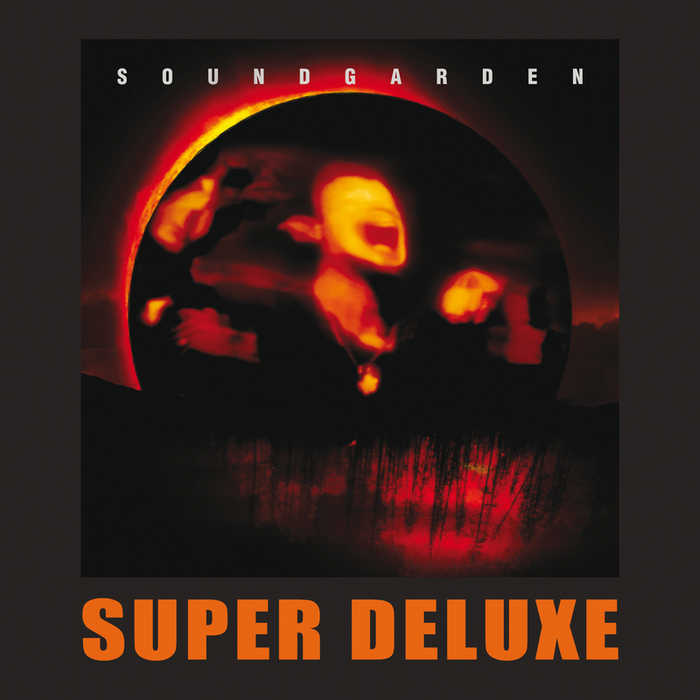