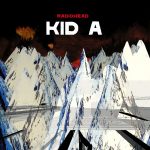 Now this is an album to behold. In fact, at first it’s so long, so unwieldy, and so difficult to penetrate that for months I basically ignored it. You think Radiohead‘s Kid A is chilly? Wait until you experience the ice cold, hypothermia-inducing Shaking the Habitual from Swedish electronic duo the Knife, an album that for all intents and purposes is frozen solid, plunged into the abyss of those dark Swedish winters we glimpsed in The Girl with the Dragon Tattoo. When I wrote about Kid A for my favorite albums list, I described it as “bizarre, icy and abstract.” Well, compared to Shaking the Habitual, Kid A is none of those. Yes, Shaking the Habitual is extreme — unseasoned listeners might find it the most unsettling album they have ever heard — and truth be told, the content is so terrifying it can be tempting to just take off your headphones and breathe for a bit.

The album’s centerpiece, the 19-minute “Old Dreams Waiting to Be Realized,” is the best example of this. On paper, a 19-minute track may sound pretentious as hell, but once you hear it, you’ll be glad it’s that long and that for once an artist took enough time let his or her work breathe. It’s a truly chilling piece — calling it a song kind of seems like a mistake, since it’s an ambient work of mostly “found sounds.” At first, absorbing this album is a tedious exercise. This is abstract stuff that frequently veers into the avant-garde — in addition to “Old Dreams Waiting to Be Realized,” the 10-minute “Fracking Fluid Injection” is also difficult to take in — but is incredibly rewarding for those up for the challenge. At 96 minutes, the vast majority of the music-listening population will find Shaking the Habitual to be a tough sit, and understandably so — this album is not for them. Try test-driving “Raging Lung,” “Without You My Life Would Be Boring” or “Ready to Lose” on a streaming service to determine whether this is your cup of tea. 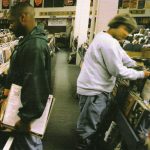 Years from now, I think we’ll look back on Shaking the Habitual as the Endtroducing... of its time. Whereas that album — constructed entirely from samples — was a breakthrough during an era when electronic music frequently fused with hip-hop (hence the trip-hop craze), today’s electronic music has moved away from turntablism towards computers, and there’s no question that Shaking the Habitual bears the mark of this latter-day pivot. Part of the album’s creepy atmosphere is achieved through (electronic) distortion and distance, the latter of which escaped my notice for many listens. A counter-intuitive tactic, but a subtle and effective one regardless. I don’t expect many others to share my enthusiasm for Shaking the Habitual — it’s at best a fringe album — but I thought I’d do my part to get the word out following its release. As I said, I think this one is a future classic.

Tags: 2013 Albums, Shaking the Habitual, The Knife
Summary
Shaking the Habitual is a quietly affecting masterpiece from Swedish electronic duo the Knife. It may not be short (it's a staggering 96 minutes), but the songs easily earn their lengths, and unlike most electronic music, there is a lot going on beneath the surface, revealing additional details with each pass.
Good
Bad
10
Perfect