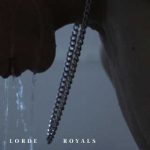 With apologies to New Zealand teen sensation Lorde, who took the world by storm this past fall with her smash single “Royals,” Yuna is the burgeoning pop star from the opposite side of the globe I have come to wholeheartedly sponsor in recent weeks. I only became aware of Yuna’s existence several months ago when I was directed to a cool YouTube video of Yuna beautifully singing Incubus‘ “I Miss You” in Incubus guitarist Mike Einziger‘s recording studio. Though many people appear to have their hands in Yuna’s major label debut, Nocturnal, it’s not an accident to find Einziger listed in the album credits as an engineer, producer, mixer and performer. Not that Yuna’s material sounds anything like Incubus, but it’s obvious that someone with some craft (whether it be Yuna herself, Einziger, or someone else working with her) has put this music together well — an occurrence that hardly obeys the laws of today’s pop universe, the predictable patterns of which numb the mind. 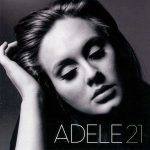 No, Nocturnal is a rarity: it’s modern pop music that’s actually music. Does it take the organic approach of Adele? Not quite, but Yuna — who, like Adele, has one hell of a voice — isn’t some processed, assembly line-produced garbage, thankfully. For one thing, she’s from Malaysia; for the life of me, I can’t think of a singer from that part of the world — Southeast Asia, for those not geographically inclined — who has already achieved this kind of prominence. Don’t think she has? Check her Twitter follower count, which, as of this writing, sits at 993,222 — less than 7,000 shy of 1 million. By comparison, Lorde has just 673,782, and her song topped the Hot 100 for 9 weeks. So where did Yuna come from (other than Malaysia)? Well, Nocturnal is actually her third LP; it’s just the first one to be released on Universal Music Group‘s Verve Records. (A strange label for UMG to assign her to, considering Verve is primarily a jazz label whose only exceptions were unorthodox rock acts like the Velvet Underground.) 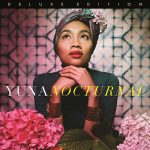 So like many struggling artists in today’s era, she has been around the block some, and has had plenty of opportunities to hone her chops. The result is one of the most promising pop debuts in recent memory, though the album loses steam towards the end thanks to a couple of tracks that tread over familiar ground (e.g., “I Want You Back” leads right into “Come Back”). Curiously, the two redundant tracks the keep Nocturnal from being an instant classic — “Come Back” and “Colors” (neither of which is bad by any means) — could easily have been replaced by a couple bonus cuts that appear in the deluxe edition — “Hanging On” and “Bravest Everything” — that are superior in quality and would have offered more depth.

Perhaps their exclusion was an executive decision by the label to streamline the album’s content and increase its accessibility to younger listeners by focusing on familiar themes (this is a pop album, after all), but it comes at the expense of topical variety (love stuff is pretty much omnipresent throughout), and as a result, Nocturnal has to settle for just being promising, when it could have been so much more. This is still irresistible, terrific pop though. (Most of it, anyway.) I can’t wait to follow Yuna’s career to see what she does next.