Led Zeppelin may have come first, striking twice in 1969 with Zeppelin I and II, but Sabbath came pretty shortly after on the Hammer of the Gods’ day of rest. By the time Black Sabbath was released in early 1970, Zeppelin was firmly in the camp of hard rock — Led Zeppelin II is pretty much the prototypical “classic rock” (I hate that term more and more these days) album — leaving plenty of space for Sabbath to carve out what became known as heavy metal. In retrospect, the band’s second album Paranoid gets most of the attention: it sold more than twice as many copies as any of their other records though, tellingly, it wasn’t certified platinum until 1986 — by the looks of things, Warner Bros. did an audit of their entire catalog then (it was certified triple platinum at the same time).

We take instant sales tracking for granted these days now that we’re in the SoundScan era, but it’s nevertheless clear that Black Sabbath is one of the many legacy rock bands that has benefited from the birth of the classic rock radio format in the early ’80s, ensuring that their songs never really went away. On the radio, you’ll hear Sabbath hits from Paranoid all the time — mostly “War Pigs” and “Iron Man” (in my five years spent devouring classic rock radio in high school/college, I don’t recall hearing “Paranoid” much) — but pretty much nothing from any of their other albums, including their debut. (You’d think “N.I.B.” would fit pretty well on the classic rock airwaves, but I don’t recall really hearing that one either.) One of the reasons why I now despise the tag “classic rock” is that it presumes to be catch-all. Please. What they play on classic rock radio gives a ridiculously narrow impression of what the album rock era yielded, and yet it’s marketed as big tent. The truth is, classic rock radio isn’t so much big tent as long tent; as this (completely asinine, but that’s another discussion) article on FiveThirtyEight reveals, classic rock is evolving to include more recent classics, even if Green Day’s “American Idiot” (2004) has little in common with “Born in the U.S.A.” (1984), sonically speaking. Classic rock is first and foremost a commercial enterprise — stations couldn’t care less if the songs are good, so long as they meet the criteria of being popular (still) and old. In many cases, the songs are also great, but many of them are not.

I once described the band Bad Company to a friend as “generic classic rock,” and he didn’t really understand, since he had never listened to classic rock and didn’t have a deep knowledge of pop music at the time. “How can something be ‘generic classic rock’?” he asked. Unfortunately, there are such artists — Boston, Van Halen, Bon Jovi, Foreigner, Styx, and Journey, to name a handful — that may sound like Zeppelin, Sabbath, or (’70s) Aerosmith in a general sense, but have mostly pretty mediocre songs. These bands turn up on the radio all the time, and though they may be from the album rock era that still comprises much of the classic rock core even today, they are hardly representative of the best of that era. (Indeed, frequently the bands I mentioned are today labeled “corporate rock.”) Commercial radio is shallow by nature, obviously — even the stations that aren’t pushing new music to the masses only stick to what’s popular — but classic rock radio misrepresents itself; there’s so much more to the album rock of the late ’60s, ’70s, and early ’80s than what has been canonized under the tag of “classic rock” in retrospect.

Of course, if you followed the link I just provided, you’ll see that there is no Zeppelin or Sabbath on that list at all. They instead form the core of a hard rock/heavy metal list — and legacy-wise for the two bands, that may just be better. But give Sabbath’s debut a listen today and you won’t find much in the way of metal, at least in the way it evolved decades later. The famous title track that leads things off, for instance, is so simple and so slow that it’s difficult to comprehend that it’s the genesis of a genre where speed and technical virtuosity are today considered paramount. Furthermore, the playing across the entire record is just loose — in fact, if Black Sabbath has a flaw, it’s that Tony Iommi’s marathon guitar soloing in the closing stretch runs out of steam in the final minutes and could have used some tightening. But it reflects how the album was recorded: in a day. As in, the entire album was recorded in one day, during one 12-hour session, on October 16, 1969.

If the album isn’t totally refined, it’s certainly because of this. However, the songs benefited from a lengthy gestation period and were already worked out by the time the band strolled into the studio, so even if the final recordings lack refinement, the songs are solid. Even if stretches (particularly near the end) are less than perfect, they are at least alive and interesting — and possibly are so because of the imperfections. What you hear during Black Sabbath is a band exploring new territory; others had ventured into new areas in hard rock, but only Sabbath mined a sound that would become heavy metal. So much of what winds up on the album is due to circumstances: the band is comprised of four lads from the Birmingham, England, area of Aston, which is by all accounts a miserable place (or at least was when they were growing up). Lyrically, the band explores dark, fantastical themes, undoubtedly influenced by their dreary surroundings in post-WWII Birmingham, which had been significantly damaged by German bombing runs and was in a state of industrial rebuild throughout the band members’ childhoods.

Guitarist Tony Iommi had an accident in a sheet metal factory as a teenager that resulted in the loss of the tips of the middle and ring fingers on his right hand (he plays left-handed), causing him to apply thimbles on both fingers when he would play. (Iommi prefers chords to notes, and is far more accomplished at riffing than soloing.) Iommi started using lighter (thinner) strings to make them easier to bend, and also tuned his strings down considerably to make them looser (and easier to bend). Subsequent heavy rock acts would adopt the latter technique pretty regularly, but for Iommi it was born out of a functional benefit. Bassist Geezer Butler was a guitarist-turned-bassist instead of a true bass player, and frequently just plays along with Iommi’s riffs on Black Sabbath, deepening the sound further. These functional circumstances went a long way towards creating the Black Sabbath sound, and since the band had stumbled upon something unique, they kept chasing it further. 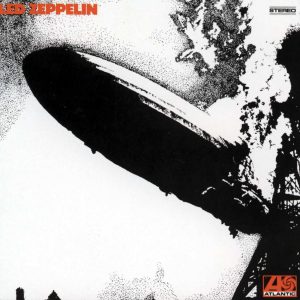 Recording technology was still primitive and amps couldn’t create as much distortion, but Black Sabbath‘s use of noise was still pretty groundbreaking and must have seemed like it was from another planet back in 1970. But Sabbath’s debut, surprisingly, is quite bluesy, as well, which today sounds shocking, considering that metal has gone on to eliminate blues from the equation. Like with Led Zeppelin’s debut, Black Sabbath has yet to really settle into its sound on Black Sabbath, which makes it a really fascinating listen — especially since the band actually would settle into its sound later in 1970 with the release of Paranoid. But here things are looser, bluesier, and more about the psychedelia and the high than the addiction — the fiction than the fact.

On Paranoid, subjects like the Vietnam War (“War Pigs”) and the harsher realities of drug abuse (“Hand of Doom”) would make their way into songs, but on Black Sabbath, the world seems a lot more open-ended and optimistic. Sabbath’s music would tighten up on Paranoid and be all the better for it, but Black Sabbath went a long way towards establishing the band as dynamic and a force to be reckoned with. 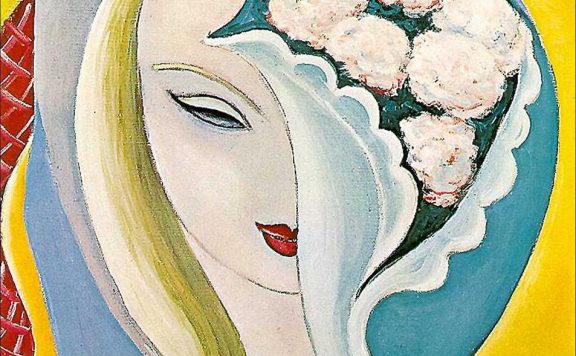 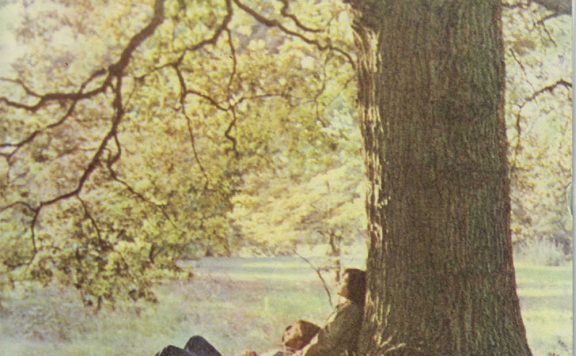 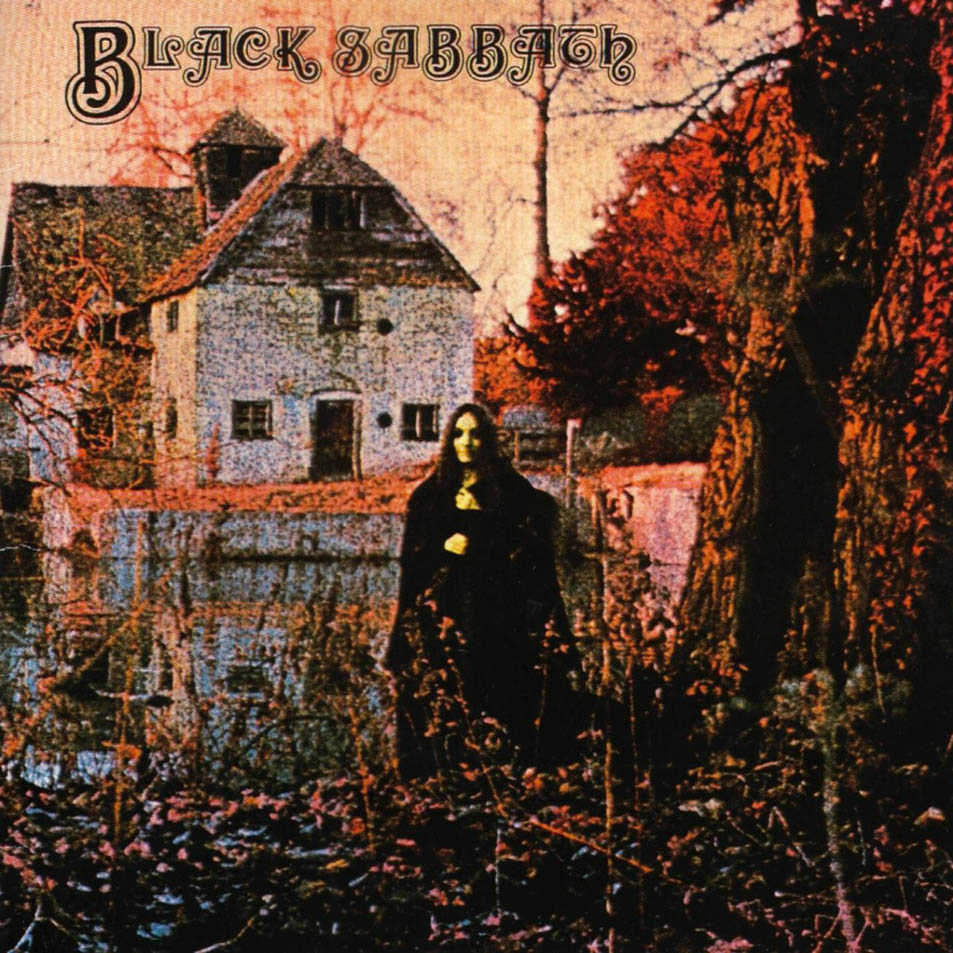