Seattle, it turns out, was — and, it should be noted, still is — a perfect breeding ground for great music. Before the Space Needle, Microsoft and Ken Griffey put it on the map, Seattle was an isolated city in the northwest corner of the United States. In fact, it was so isolated that bands wouldn’t stop there on their tours because it wasn’t logistically feasible, with Portland to the south and Vancouver to the north the only other major cities for miles and miles. (Look at a map of the U.S. sometime. The closest cities are San Francisco, Oakland and San Jose about halfway down the coast.) Couple that with the fact that it’s constantly rainy and gloomy in Seattle and voilà, you have an environment that’s incredibly conducive to people spending their long hours indoors sitting around and playing music. By the mid-’80s, a distinct sound had developed in the Seattle area. It was aggressive, moody and hard, drawing heavily — and equally — from metal and punk. In fact, if you listen to the grunge scene’s early releases (such as Nirvana’s Bleach), you’ll find that most of it is quite raw, with underwhelming production values; it wasn’t until bands inked deals with major labels that the material drastically improved and the quality of the music matched the energy of the movement. Once grunge exploded into the mainstream, it soon became evident that it was just not possible for the scene that had thrived in America’s northwest corner to withstand the sudden worldwide scrutiny of the international media that descended upon Seattle. It was a modern-day gold rush, and the music industry acted like Italians snatching stone from the Colosseum.

You see, the entertainment industry works like the immune system: after finding what works, it makes more of it until there’s no reason to continue to do so — and over the next few years they exploited the hell out of Seattle’s fragile grunge scene. How to tell if a grunge band is really a grunge band: if they say they’re a grunge band, they’re not. “Grunge” is a word used by pretty much everyone except people from the actual grunge scene. The truth is that when a New York Times reporter asked some guy at the Seattle-based Sub Pop Records what this particular music was called, he replied, “Grunge.” And we’ve been calling it that ever since. If only the guy at Sub Pop hadn’t been joking. (Check out a documentary called Hype! if you’re interested in the story of grunge. It’s pretty cool.)

Even though some great music emerged from the Seattle grunge scene, its hysterical popularity had a catastrophic effect on everyone involved, and by 1994 things started to fall apart. Kurt Cobain’s suicide in April shattered an entire generation, and Pearl Jam were left to carry Nirvana’s torch, a burden they weren’t comfortable bearing, especially given that they were already more popular than Nirvana by the time Cobain ended his life. To complicate things, Pearl Jam were enraged to discover that Ticketmaster had been adding a service fee when selling tickets for their shows, and after testifying at the Department of Justice for an investigation into whether Ticketmaster was a monopoly, they decided to cancel their tour in the summer of 1994 and boycott Ticketmaster venues for their 1995 Vitalogy Tour. If that sounds like a recipe for disaster, that’s because it was. I suppose some battles just aren’t worth fighting, as Pearl Jam found themselves very much alone in their Ticketmaster boycott and were forced to retreat in bitter defeat.

But at least they managed to make a great record before embarking on their ill-fated crusade. Vitalogy was the last Pearl Jam album that bore the mark of grunge, though its tough, strained rockers and searching ballads are a clear indication that the band was going through a crisis, not just from without but from within, as well. Pearl Jam’s debut album Ten was largely the work of bassist Jeff Ament and rhythm guitarist Stone Gossard, two experienced pros who had both been in two of the grunge scene’s most important bands: Green River and Mother Love Bone. It’s Gossard, actually, who is usually credited as the band’s leader in Pearl Jam’s early years. But with Vitalogy, the power dynamic shifted: Eddie Vedder started playing more guitar and making more creative decisions, which put a tremendous strain on the group as communication began to falter.

Drummer Dave Abbruzzese was fired and replaced by Jack Irons (the Red Hot Chili Peppers’ original drummer), lead guitarist Mike McCready checked into rehab for addiction, and Gossard contemplated quitting the band as his role diminished. Although Ten is certainly Pearl Jam’s definitive album, Vitalogy is arguably their most expressive work. The band careens unevenly for close to an hour, confused, fragile, and utterly exposed. The most illuminating song is the penultimate “Immortality,” which finds Vedder at his most confessional: “As privileged as a whore / Victims in demand for public show / Swept out through the cracks beneath the door / Holier than thou, how? / Surrendered, executed anyhow.”

Vitalogy is an essential rock & roll artifact, a living, breathing document of the wars Pearl Jam waged on every conceivable front during one of rock’s most seismic periods. While Nirvana’s final album, In Utero, remains an alienating and ultimately sad — shatteringly so, in fact — album, Vitalogy has emerged as a triumphant record. Somehow the same crumbling foundation that eventually caved in on their grunge peers — including both Alice in Chains and Soundgarden in 1996 — has withstood Pearl Jam’s similar implosions, as Pearl Jam has managed to endure all these years, but it has come at a price. Their fame had spiraled out of control to the point where it was no longer manageable, and their assault on Ticketmaster may have been noble in its intentions but was logistically unrealistic. (Creating entire venues from scratch must have been a nightmare.) Perhaps most importantly, it wasn’t about the music anymore. 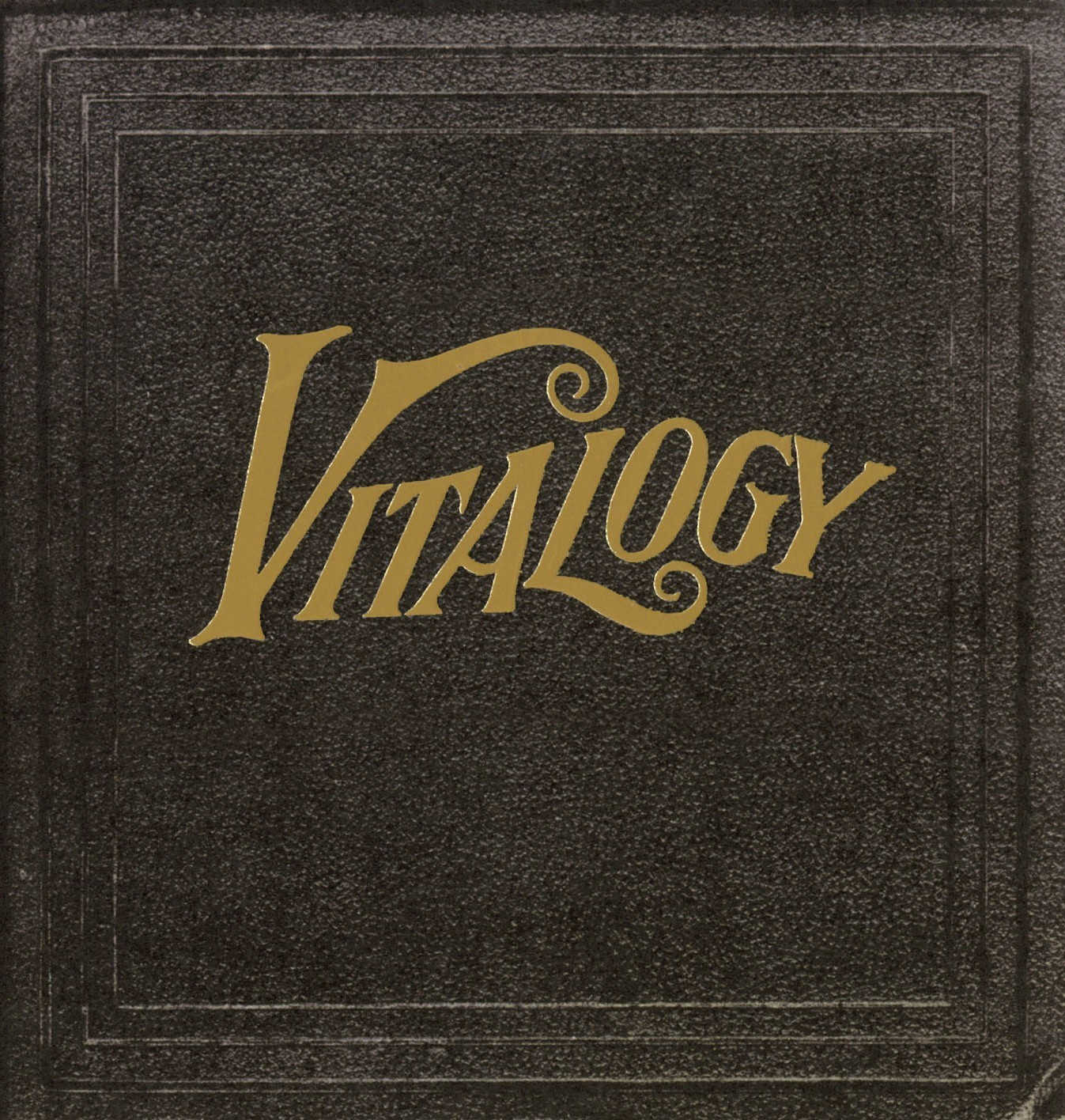