One of my regrets in assembling a list this big is that, inevitably, deserving songs get overlooked — even if they are right under my nose. Such is the case with the Kurt Vile song “Air Bud,” which would have easily cracked the top 100 if I hadn’t been in such a hurry to sample as many songs as I could within a short time frame. As it stands, “Goldtone” is the first of three Kurt Vile songs from his great 2013 album Wakin on a Pretty Daze to make my 100 favorite songs of 2013 list; it comes in at #52.

Also, be sure to read Fred Thomas’s review of Wakin on a Pretty Daze on AllMusic if you are new to “Goldtone” or Kurt Vile. 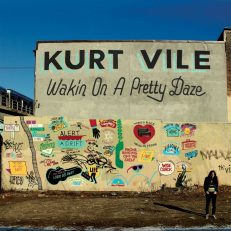