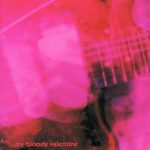 I’m really not the best person to review m b v, since My Bloody Valentine was, until very recently, a hole — one of many, it should be noted — in my listening library that I had been meaning to fill for some time. To be honest, I had kept putting off listening to their 1991 masterpiece Loveless because I figured they would never make another album. Oops. Before I dive into specifics regarding the musical content of m b v, I want to first note two things:

1. You can only buy m b v Radiohead-style, on the official My Bloody Valentine website.

2. m b v is a completely analog production, which of course I love. (The vinyl edition doesn’t feature any digital processing at all, according to their website.)

The album is available in three purchase packages: download ($16), download + CD ($22), and download + CD + vinyl ($30). I went with the third option, since it’s the best value for the money and I happen to have just started collecting vinyl. (The shipping was another ten bucks though.) Copies of the vinyl edition are limited. 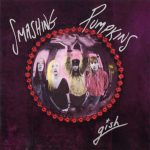 If you like Loveless, you’ll like m b v. There are plenty of droning, churning guitars and soft, high, curiously sweet vocals that seem to float on top of the noise. (The Smashing Pumpkins‘ first couple of albums — 1991’s Gish and 1993‘s Siamese Dream — made a science of this, smoothing out My Bloody Valentine’s ragged edge and taking dream pop mainstream.) The final three songs are the most challenging on the record — so much so, in fact, that I am having a difficult time coming up with the adequate words to describe them. (They’re almost avant-garde.) Perhaps in time m b v will be considered a masterpiece alongside Loveless, but for now, giving it a spin is more than an interesting way to spend 45 minutes of your life. And for a band that couldn’t find a way to make an album for 22 years, that’s enough of an accomplishment.

Tags: 2013 Albums, m b v, My Bloody Valentine
Summary
m b v isn't the groundbreaking masterpiece Loveless was, but after more than 20 years of silence, any new music from My Bloody Valentine is more than welcome, and m b v lives up to this standard and then some.
Good
Bad
8.5
Great 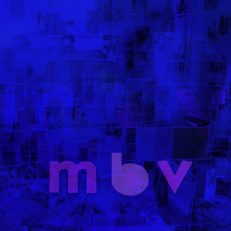